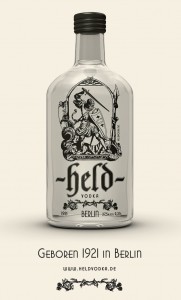 During the height of Germany’s progressive and somewhat hedonistic Weimar Republic, Held Vodka was made in a Berlin backyard, and sold in small amounts by a local family. The Meisner clan had originally founded their brewery and distillery in Upper Silesia in 1906, then later developed the recipe for Held Vodka in 1921. Unfortunately World War II forced the entire family to flee to Heide in Schleswig-Holstein, and the production of the vodka of heroes ceased in the capital city.

After relocating, the family was later able to establish the Robert Meisner Spirit and Liqueur factory north of Hamburg in 1952. The small family run business continues to flourish to this day, producing a variety of regional fermented beverages and alcohol. However the recipe for their popular vodka was still destined remain dormant for many decades.

For Held Vodka (the German word Held translates as Hero) it would take another 60 years before the fine booze was eventually revived. Eventually two residents of Berlin approached the Meisners in 2005, expressing a desire to use their original recipe to relaunch the family’s vodka once again in Berlin, and now it is possible for a new generation of locals to enjoy this hand-crafted alcohol.

Following a long tradition, the popular vodka continues to be made from sugar beet mash, an agricultural product which is readily available from locally grown vegetables, and is also subjected to a triple distillation. The more a fermented beverage is distilled, the amount of alcohol by volume is increased, and a greater percentage of the heavier components are removed, leaving a lighter, mild and smooth drink. Held Vodka can be found in local Berlin bars, clubs, restaurants, and high end shops specializing in quality booze, as well as through a handful of online distributors. 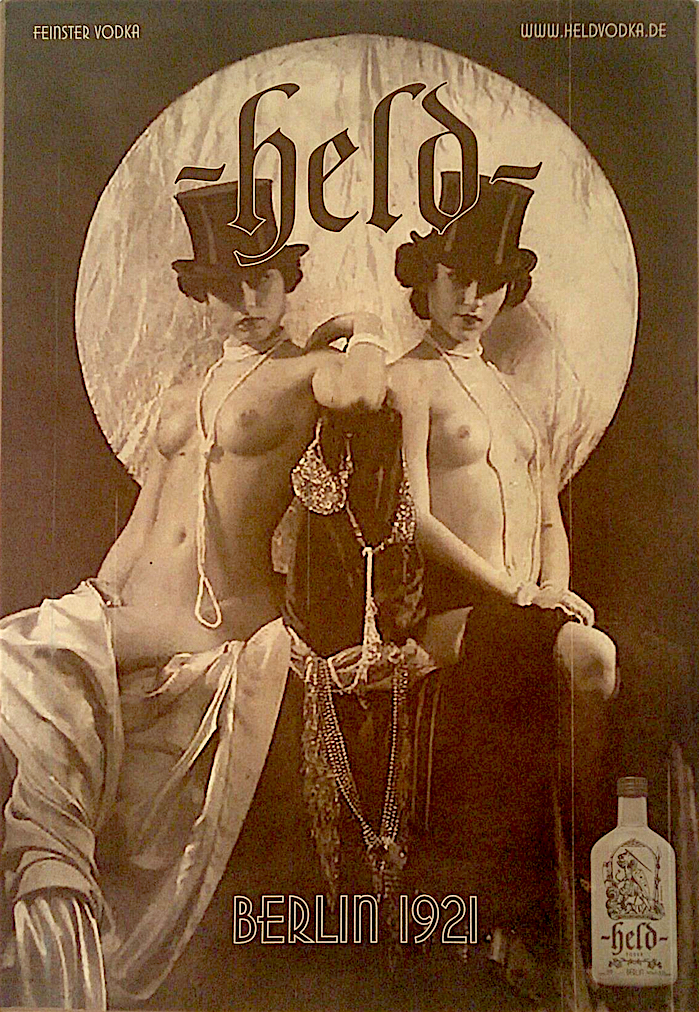